A dance performance in poetic images |

Florian Bilbao and Rafal Dziemidok dance together for the first time to music by Moritz Gagern for very young audiences and present the comic and yearning round dance about flying and falling. In doing so, children large and small learn something new: flying and falling belong together. Whether from great heights or close to the ground: wobbling, rolling, stumbling. The result is always the same – after what is a sometimes long but usually short trip through the air, you find yourself back on your four paws. Then it comes again, the desire to lift yourself, stand upright, not stagger and stand in balance. And, finally, again the attempt to fly: gliding, lifting off, floating.

Space and air object artist Frank Fierke has developed a true wish fulfillment machine where you can walk normally as well as dare the craziest jumps and landings. First the dancers get to try it out, later the audience members have their own chance to try and fly. 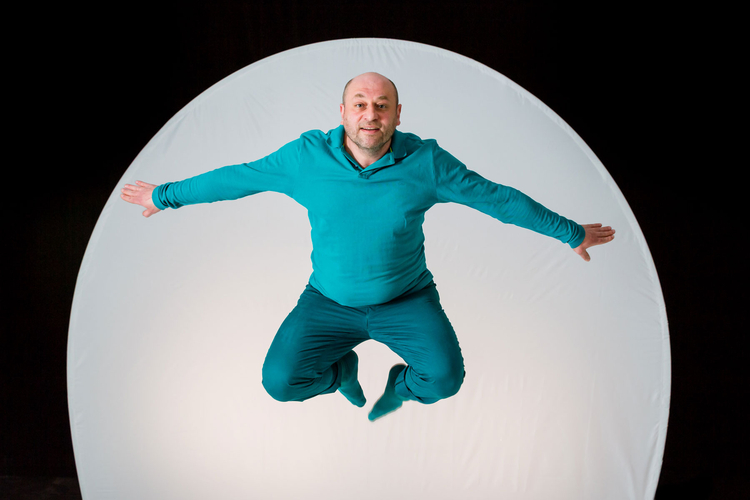 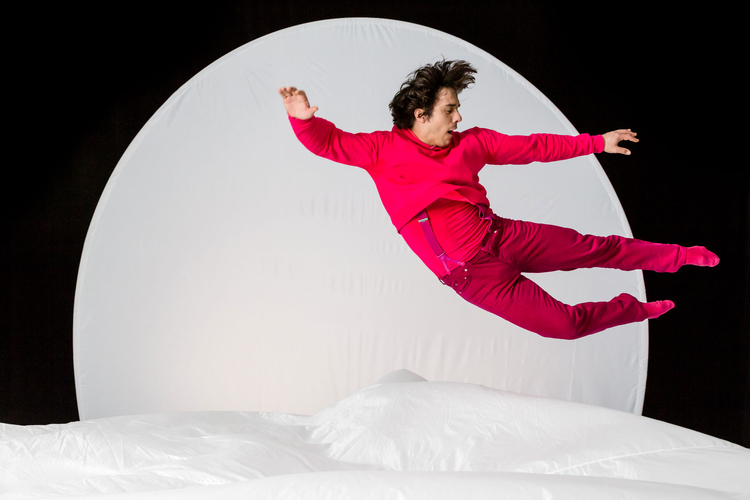 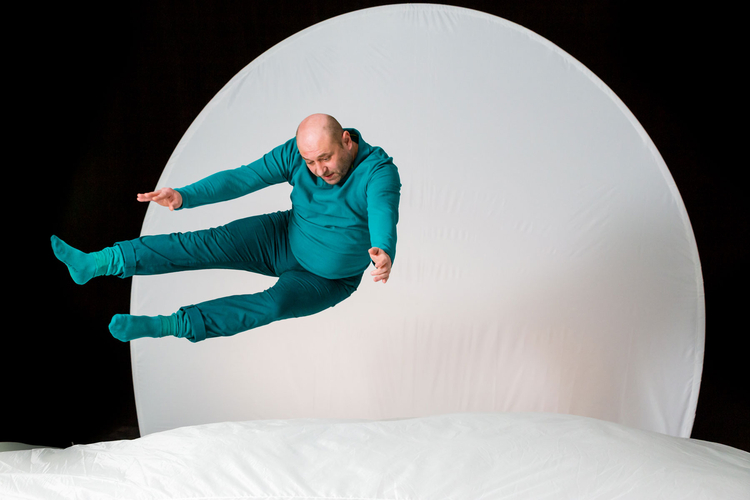 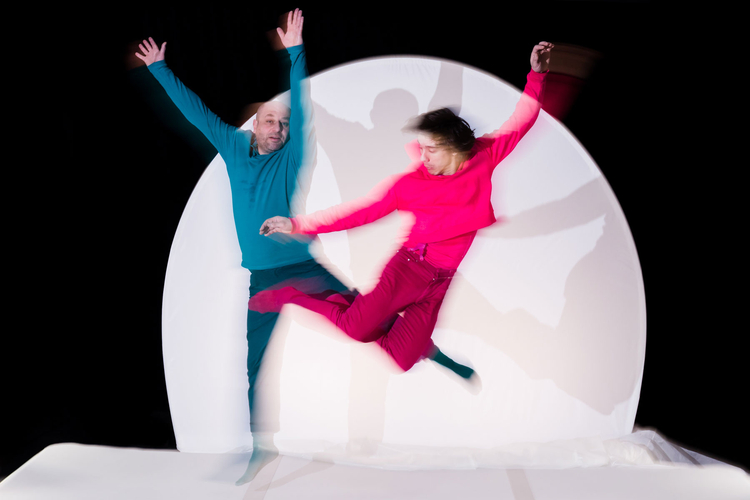 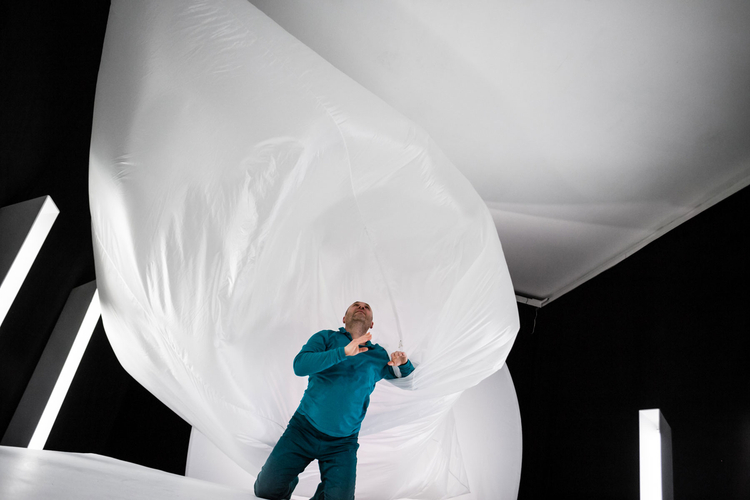 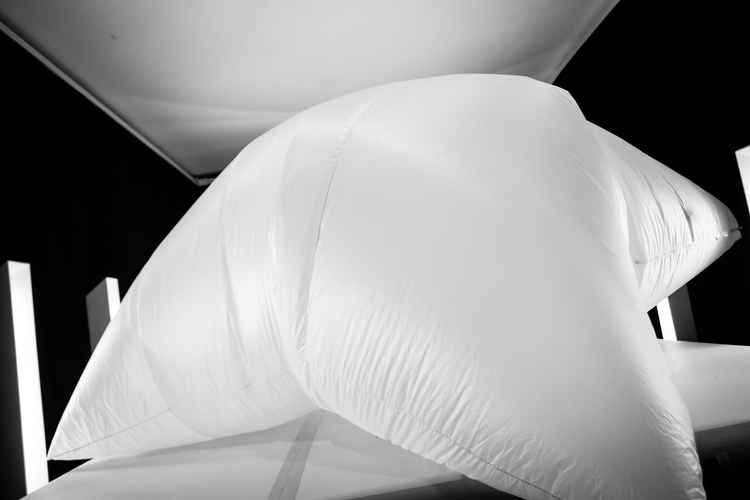